Photos are from contractor and end customer installs, using panels distributed by www.WeAreSolar.com. I must say that I am constantly surprised by the talent displayed by the people putting in these systems, particularly the homeowners.﻿ 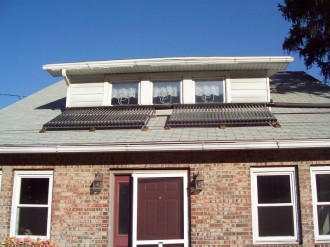 This 60 tube, PA located, Glycol closed loop connects to a wall mounted blower unit and ties into DHW as well. Coal is the main heat source. One major goal is to turn off the coal furnace for the non-heating season and use a small electric hot water heater as backup. These two units will have no problem supplying over 90% of the DHW energy for the coal off period. System is owner designed and installed and working extremely well as reported by the customer.﻿ 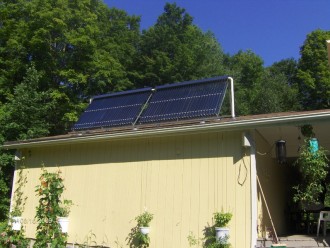 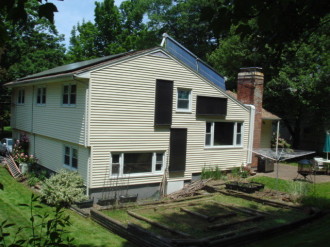 This SDHW in CT was owner installed and looks just TOO good!! Close up photos reveal a very professional looking job. This is a very solarized person including PV, solar hot air and now evac DHW. 60 (47mm x 1500mm) tubes feeds an 80 gallon tank with a pumping station in a closed loop glycol config.. Customer will be upgrading with the now available "hyper" reflectors in a month or so, to increase Winter performance the most.﻿ 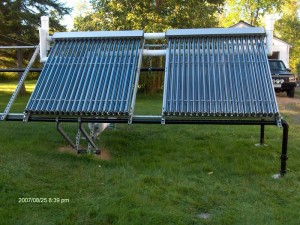 These 2 - 20 tube units are a start to an array of 6 - 20's totaling 120 tubes for DHW and space heating in New York state. The racking was very nicely designed and installed. All 6 - 20 tube units should be operational by spring 08. Job completely done by owner.﻿ 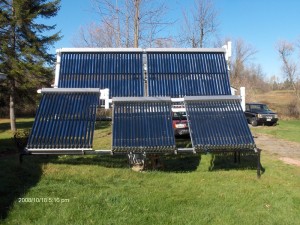 This is the completed array, except for a few odds and ends. I do not have any specific BTU numbers for you on a PSD, but the customer reports the array is working very well and puts out a surprising amount of heat. The customer finished the array with 1800mm tubes.﻿ 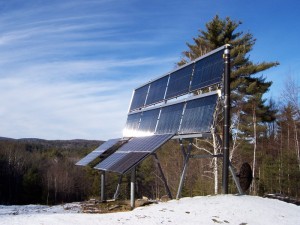 This very ambitious SDHW and space heating system was owner installed in N.H. The person is off grid too boot! Circulator power demands were looked at carefully among other system aspects. A micro hydro plant has since been brought on line as well. The system is a 240 tube drain back connected to a roughly 700 gallon storage tank made of Stainless Steel, non-pressurized. The owner is in the process of tweaking the system flow rate. The temperature in the storage has already hit 155 DegF, last reported. A tremendous amount of work was put into this systems superstructure, and 100 foot plus one way piping run. The owners backup fuel source is wood and propane, now at a much reduced level.﻿ 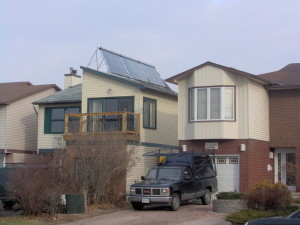 This 90 tube (3- SFB-30's) in  Ottawa Canada was owner installed. Owner built his own tube in tube heat exchanger for his traditional drain back style system. Due to constant higher winds at this location, great care was taken when designing the super structure for the array. Solar orientation and access is excellent. The system supplies DHW and takes a modest stab into the radiant heat load.﻿ 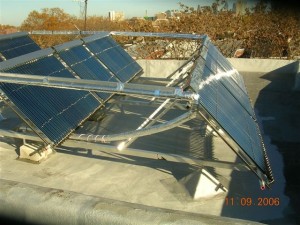 This beautifully done 240 tube commercial SDHW system in PA., used 6 SFB-30’s and 3 SFB-20’s storing heat in an 800 plus gallon non pressurized storage tank. The system was totally done by the customer. On November 6th which was a Perfect Solar Day (PSD), the storage tank at the end of the day had increased its heat over 226,000 Btu’s. The energy was captured at an average storage temp of 105 DegsF and does not even include tank losses and piping losses over the collection period, no demand load. That is an average of over 28,000 Btu’s per 30 tubes net usable heat! The customer experienced a 79% drop in NG usage for the first recorded year which was shared between the SDHW system and a more efficient NG heater. A reasonable estimate is that 55% to 65% of the reduction was due to the solar system. A job well done, from all aspects including the ROI benefit.....﻿ 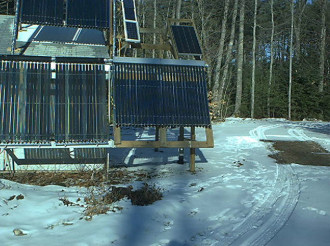 SFB-20 being setup for steam experiments and water condensing at school in New Hampshire. ﻿ 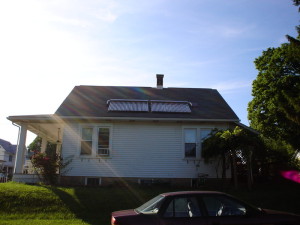 Two SFB-30's for DHW in Camp Hill, PA. System was totally installed by owner. House has excellent access and orientation to the sun. System uses an 80 gallon preheat tank and 20 gallon drainback tank feeding a conventional gas fired water heater. Owner already has hit 200 DegF in his 80 gallon tank and is averaging in the 180+ DegF range since the system went on line about the second week in June-06. This was the owners first system install and it was done very nicely.﻿ 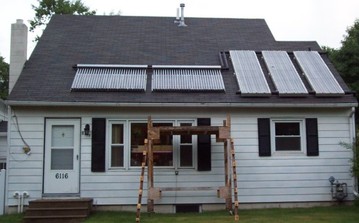 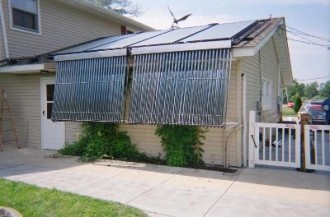 WAR: What a waste. What we could have done instead.